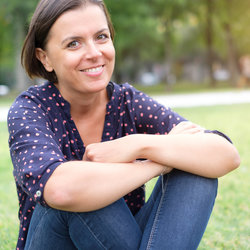 Natalie had been smoking for 20 years when she was finally ready to break the habit and prove those people wrong who didn’t believe that she could. Natalie reached out to Yorkshire Smokefree and received one-to-one support from adviser Stevie and a prescription for Champix. In her own words, she shares her story with us.

Over the last year I have been trying to get help for my mental health issues caused by complex PTSD. I have suffered depression most of my life and I used cigarettes as a way of coping and to try to take my mind off things. I was told during a mental health assessment that I should never stop smoking or at least wait until I was ‘better’. It angered me to be told not to try; I was ready, my body had had enough, and I was at rock bottom so things could not get any worse.

So, I took the step and chose Champix and weekly meetings with a wonderful woman, Stevie. During my quit time I had a breakdown – not due to stopping smoking but due to the lack of mental health care. I was under the crisis team, but nothing made me give in and reach for those cigarettes! I’m now smoke free and I’m so so proud that I managed to do the impossible!

I would urge anyone to take the leap and believe in yourself. Together we can put an end to the stigma us mentally ill people get – you can do it!! I would also like to say a massive thank you to Stevie, because I couldn’t have got through it without her.

If you feel inspired by Natalie’s story and would like support in quitting smoking, register for a call back at: https://yorkshiresmokefree.nhs.uk/pages/callback-request