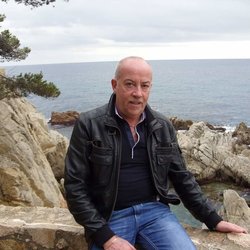 I would definitely recommend the service to anyone seriously thinking of stopping smoking. I’ve tried many times in the past, but this time I knew deep down that I was serious about quitting.  I just needed that extra push and reassurance that this quit attempt was going to have the best chance of been successful, so I contacted Yorkshire Smokefree Calderdale.

Having tried many times in the past, I felt that I needed the support from those outside my circle of friends and family. For them, it’s become something of a joke or phase that I go through, before going back to being a smoker again.

This time, I didn’t tell anyone, nor did I tell them once I was started accessing the service. It was some time before family members recognised the fact that I was no longer smoking. It was much later when my friends noticed I had stopped going out for cigarettes when we were out socially. It feels really good to tell people that I quit back in November. I know if I had told them I was trying again, they wouldn’t have taken me seriously but now I’m more than 12 weeks quit they know how serious I am and are really pleased for me.

I know, deep down, I won’t smoke again, and, on reflection, I don’t really know what kept me smoking for all these years. I know it was doing nothing for me other than damaging my health.

During previous quit attempts, I recall standing outside a shop that I’d gone to purposely to buy a packet of 20. I’ve stood there, trying to convince myself that I don’t need cigarettes. Before I knew it, I would be at the counter and asked what I would like. I would ask for chewing gum when I really wanted cigarettes. This would never last though, and this small achievement would then result with me going back to the same counter later that day to buy the cigarettes.

Unless you’ve smoked or known addition you don’t truly understand that urge or need to give into whatever it is you’re craving. In the past, I used to almost panic  when I even considered stopping. “How will I get through the day without a cigarette, I won’t manage”. So of course, I just kept on smoking, until now.

What I have learnt is that life goes on with or without cigarettes and I feel so much better being a non-smoker. I’m really proud that, even at 69, there’s still hope, even though I’ve not been successful in the past.

Don’t give up giving up because once you’re ready you will just know. Like me, give Yorkshire Smokefree a call and keep it to yourself until your ready to share the fantastic news.