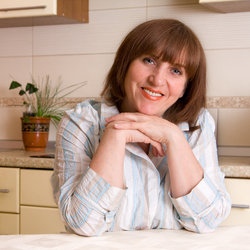 Angela was given the devastating news that she only had five years left to live if she continued her 20+ cigarettes a day habit. Now, 7 years later, Angela has got a new lease of life thanks to quitting smoking. We spoke with her following receiving support from her local Yorkshire Smokefree cessation clinic.

I started smoking at 15 because everyone else was doing it. I continued to smoke around 30 cigarettes a day for 33 years but then after receiving the news from my doctor that if I continued to smoke the amount I was then I’d be dead in five years, I was devastated and vowed to stop. It was so shocking to hear, especially when my son was only 5 years old at the time.

I received one-to-one support at my local Yorkshire Smokefree clinic plus swapped the tobacco for e-cigarettes and nicotine replacement patches. When I smoked heavily, I often struggled to catch my breath but now I can walk up the steep hill on my road without feeling breathless!

The most surprising things since stopping smoking is that I have a better sense of smell and food tastes better than ever; my partner has noticed I’m not in a bad mood as much anymore! But my favourite thing about not smoking is the money I’ve saved; we’ve already decorated the living room and have plans to re-do the whole house!

If you feel inspired by Angela's story and would like support in quitting smoking, register for a call back at: https://yorkshiresmokefree.nhs.uk/pages/callback-request