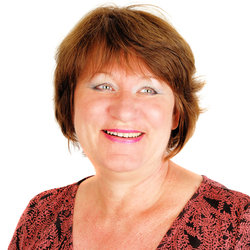 Ruth started smoking when she was 15 years old, following a doctor recommendation to help relieve symptoms she was suffering with at the time.

Ruth continued to smoke throughout her adult life until 11 years ago when she decided to quit. She remained smoke free for 18 months but relapsed and found it hard to quit again and was starting to feel hopeless.

Following an injury, Ruth required surgery on her shoulder but was told by her consultant the procedure would not be able to go ahead due to her continuing to smoke. Eventually, Ruth was finding the pain unbearable and the cost of smoking was starting to affect her living standard, so she decided to contact Yorkshire Smokefree Calderdale for help to quit.

Ruth attended regular group meetings and found the sessions very supportive and encouraging. She chose Champix as an aid to stop smoking and set her quit date for 4th May 2019; apart from a couple of drags on a cigarette at a difficult time shortly after quitting, Ruth has remained completely smoke free.

Ruth found the support from her local clinic and group members amazing and, along with the continued support from her family and friends, still remains smoke free. She has no intentions to ever smoke again and is breathing better, walking easier and has built up her strength and energy.

Congratulations Ruth from everyone at Yorkshire Smokefree!

If you feel inspired by Ruth''s story and would like support in quitting smoking, register for a call back at: https://yorkshiresmokefree.nhs.uk/pages/callback-request