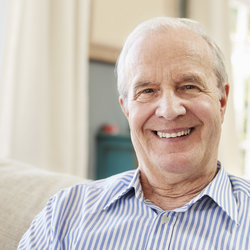 Congratulations Robert on completing his quit journey with Yorkshire Smokefree!

Robert started smoking at the age of 15 but after 53 years of heavy smoking and being diagnosed with COPD, Robert made the decision to stop smoking and reached out to Yorkshire Smokefree for support.

Opting for one-to-one sessions with a cessation adviser, Robert was recommended to try a prescription of Champix, this teamed with his own determination allowed him to stop smoking for good.

Since quitting, Robert’s health and wellbeing has improved – he’s found he can breathe better and he’s able to walk further than he has done before, tackling hills and greater distances with his new-found energy and fitness!

Robert found the service very helpful and would recommend it to anybody wanting to quit smoking. If he could say one thing to his younger self? Robert’s advice is simply “don’t do it”!

If you feel inspired by Robert's story and would like support in quitting smoking, register for a Callback Request today.