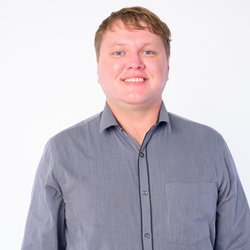 Congratulations Mark for becoming officially smoke free with the support of Yorkshire Smokefree, get inspired by his story:

I first tried cigarettes during my final exam year at school, I found it helped me concentrate and calm my nerves. I would also smoke on the odd night out in my early 20s but by the age of 26 I found myself smoking every day and what was once the occasional cigarette on nights out turned into over 25 roll ups every time!

I realised it was about time to stop for the sake of my health after I ended up in hospital which was where I was introduced to my Stop Smoking Adviser on the ward at Pinderfields Hospital. The service I received was 10 out of 10; the medication prescribed helped me quit and teamed with the support from Yorkshire Smokefree and my family and friends I was able to cut the habit completely. A great tip I received was to throw out any smoking paraphernalia from around the house.

Getting rid of the smell on my clothes and in the house made a big difference and I’ve found my breathing is now much better.  I love DIY and have been planning some bigger projects now that I’ve quit smoking – I feel like I have so much more time on my hands as my day isn’t being disrupted from feeling the need to go for a smoke all the time. I feel more productive and that I can achieve positive things every day with the extra time.  I’d say I have saved a considerable amount of money by not smoking – probably about £30 a week which I have already spent on some new DIY tools.

If you feel inspired by Mark's story and would like support in quitting smoking, register for a call back at: https://yorkshiresmokefree.nhs.uk/pages/callback-request