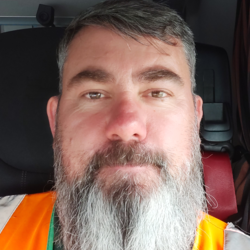 Iain was 13 when he first started smoking, thinking it was cool and being peer pressured by friends. He continued to smoke for 35 years but has now officially become smokefree.

On average, Iain was smoking between 16 and 20 cigarettes a day, he wanted to quit for health reasons and he the fact he wasn't getting any younger.

Iain accessed the stop smoking support using our telephone support and rated our support at a 10/10.

He used patches to help him quit and found this very helpful. He found that having the telephone support from us here at Yorkshire Smokefree helped him to quit and stay smokefree.

Iain feels like he has more energy and has been more active resulting in losing almost a stone in weight. He likes being able to do things without getting out of breath immediately. By not smoking Iain has saved £200 so far and is planning to spend it on his daughter who has helped him give up smoking.

Iain would say to someone who has recently started, or to his younger self:
Simply don't do it. Don't start smoking.