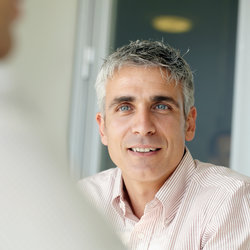 I have quit smoking for health reasons, mainly my COPD.

I tried stopping smoking twice before, but I never succeeded. This time I found the right product to help me with my quit and found it much easier. My health was also a big motivation for me. I would suggest to whoever is considering to stop smoking to not give up after 1 failed attempt and keep trying.

I didn't think I would be successful because of my previous failed attemptes.

I started off with using patches, but they didn't work for me. I had issues with patches not attaching to my skin despite some advice from my advisor. That's when I decided I would give the e-cigarette a try because one of my friends stopped smoking on so I decided to give it a try myself.

I have found it really helpful and I am now smokefree. You have to find the right one for you and a strength that will suit you. I have tried an e-cigarette in the past and was doing ok on it but eventually lost the flavour of it so had to switch to a different brand. After some advice I have tried a different brand and flavour and its now working fine for me.

The behavioural support from the stop smoking team and my advisor has helped me to achieve my quit.

I visited the Yorkshire Smokefree Client Zone, it had a lot of useful information on it.

Life is easier being a non-smoker. You no longer rely on cigarettes and my finances have improved.

COPD is long-term damage caused by smoking, and I still suffer from some breathing trouble, but my breathing has improved since I stopped smoking.

My finances have improved. I used to spend £12 a day on cigarettes but since using the e-cigarette I spend much less and only about £12 a month.

My advisor has given me some great tips about quitting smoking and was encouraging me to maintain it. I was seeing Aleks (my advisor) face to face at Hackenthorpe Medical Centre most of the time but when I was unable to attend my face to face appointment I had a choice of a telephone consultation.