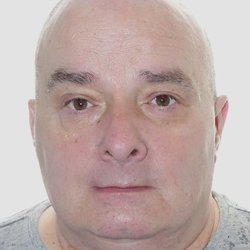 I smoked for 36 years since I was 16.  I lost count of the number of times I tried to stop smoking and failed every single time.  I used every excuse I could think of to justify to myself why I couldn’t and shouldn’t stop.

A couple of months ago I had a serious health issue and was rushed to hospital and spent some time in intensive care.  I honestly thought it was related to smoking but on this occasion it wasn’t.  I don’t remember much about the time in intensive care but when I was moved to the ward it was still a scary time.  Hospitals like most other places were still in lockdown so I was in a ward on my own with other empty beds.  It gave me some time to have a long hard think about my life.

One of the changes I wanted to make was to stop smoking.  Being in hospital and being in lockdown meant even if I really wanted to, I couldn’t get up and go out for a smoke.  I was still attached to different machines and drips.

Once discharged from hospital that’s when stopping smoking became a real challenge.  I had mentioned it to one of the Doctors and they gave me a Yorkshire Smokefree card.  The day after being discharged I gave them a call.  I didn’t really know what they did, I thought give these guys a call, get some nicotine patches and that was it.  I got it totally wrong, the service does so much more than hand out nicotine patches they give advice and support that helped me to stop.  The Advisor I was allocated to Christopher somehow managed to help me stop and stay stopped.  I will never work out in a million years how he did it.  It is really difficult to explain but he seemed to know what stage I was at and what I was experiencing and suggested things that would help.  Things being honest I was sceptical of at first until I tried and found they really do work.

My advice to anyone who is struggling to stop smoking, give these guys a call you won’t regret it.  I know how cheesy it sounds but if they helped me stop, trust me they will be able to help you.